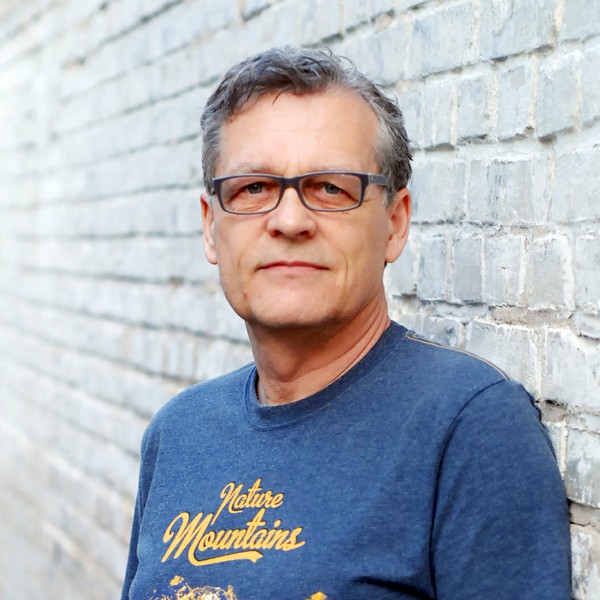 “On the one hand there is the Beethoven-idea, on the other hand the drummer in me. The title is meant purely associative and more as a metaphor. I was thinking about, what Mr. van Beethoven might probably have composed for the harp, as he has never done that, even though there were already harps in his time. Since that is not the case, I have every (artistic) freedom to say something that does not exist. This is the game with the title of the piece. I do not want to explain everything, but to arouse curiosity. Anyone may think what he wants, for example, that I might have stolen from Cowell, etc… Ludwig’s Harp is my kind of a short-symbiosis of the tribute to Beethoven, my question to the harp and the use of percussive techniques in piano. The piece is a three-part song form “a b a”, one of the the most widely used in music, particular in sonatas. For the tonal material in my piece I “borrowed” 6 chords from the piano sonata No. 32, 2. mvt. (Arietta) Op. 111 by Ludwig van Beethoven.”

Dennis Kuhn was born in Olten, Switzerland. He played drums in various groups. He studied at the „Hochschule für Musik Basel“ and there he became a member of the „Basler Schlagzeugensemble“, directed by the famous Maecenas for music of the 20th century, Paul Sacher. In 1984 he founded the „Basler Schlagzeugtrio“ and also joined the „Deutsches
Schlagzeugensemble“ (German Percussion Ensemble). There he worked close with many composers, such as Karlheinz Stockhausen and Wolfgang Rihm. In 1995 he was appointed professor for percussion, timpani and ensemble at the „Staatliche Hochschule für Musik und Darstellende Kunst Mannheim“ (University for Music and Performing Arts Mannheim). He is Head of Percussion and Timpani Department, Dean’s Office of Winds, Brass and Percussion and Member of the Senate of the University of Music and Performing Arts Mannheim and former and leader of the percussion ensemble “Mannheimer Schlagwerk”. Dennis Kuhn gave master classes in places such as Verona, Warsaw, Triest and many others. He was in the jury of the first (2009), second (2010) and sixth (2015) International Percussion Competition of China and JianLi Percussion Festival. There he also has held master classes and concerts.
Since 1979 he composes for various instruments and ensembles. Besides chamber and orchestral music he is involved in electronic/digital music. Mostly performed in Europe, his music was also played in the USA, Canada, Taiwan, Qatar, Korea and China. Many compositions were commissioned by the National Theatre Mannheim for the Mannheim Ballet for small
ensembles to large orchestra. Dennis Kuhn is a member of the leadership team for contemporary music at the venue “Alte Feuerwache” in Mannheim. He is prize-holder of a Swiss music award. 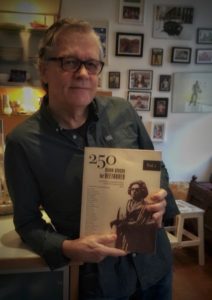