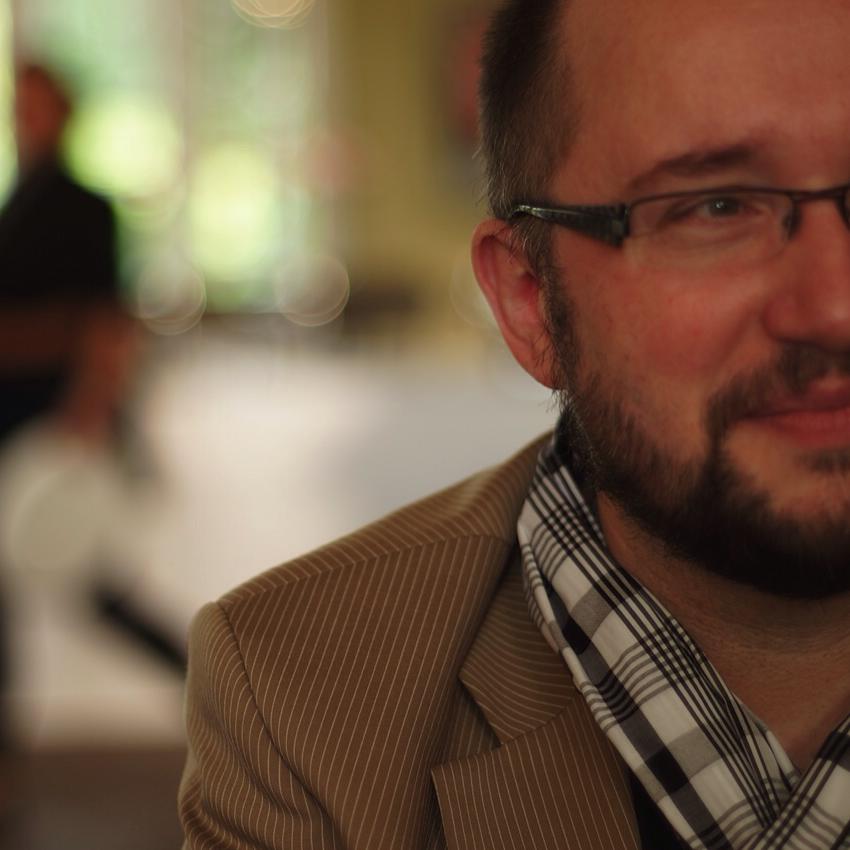 Frank Zabel about his piano piece “Mashup-Elise in Warschau”

“A mashup in popular music means: a mixture of 2 or more songs by replacing the embodiment of some elements (special rhythms or sound colours or harmony changes…) in one song through the embodiment of the these elements like appearing in the other song(s). Experimenting, improvising with “Für Elise”, I morphed the characteristic beginning of this piece to the beginning of Ligeti’s 6th piano etude “Autumn in Warsaw” – fast notes moving in different octaves (unisons and minor seconds mainly). So I took Beethoven’s melody, dislocated the single notes in different octave registers, destroyed the original rhythm and added the “Ligeti-figuration” as well as a little canon in the c major part. What you perceive is rather a “deja-vu” than a transcription of the original piece – only at the end you will recognise “Für Elise”, hopefully with a little smile…” 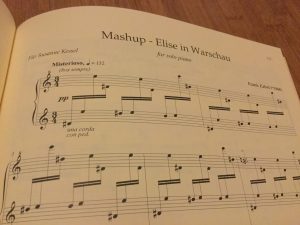 Mashup-Elise in Warschau – in concert: