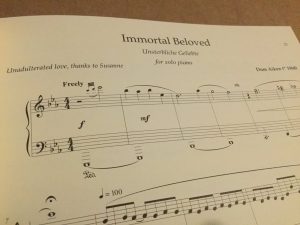 Dom Aiken attended California Institute of the Arts, and earned a degree in music composition (2008). With a taste for technology and modern composition, Dom was first classically trained through Music Composition Programs at Denver Metro State College and CU Denver.  Dom had begun his musical career as a drummer/percussionist. His drive and desire provided a map for success as Dom ascended up the ranks quickly becoming a leader and eventually a percussion instructor at Green Mountain and Columbine High Schools. For two years Dom performed around the country with the Troopers Drum and Bugle corps as well as rock bands in Denver and New Orleans. Still the goal in mind to compose music for film Dom had to move on from these positions to further his education to begin training on the piano and studying music theory. In 2005 Dom moved to Los Angeles and begun attending California Institute of the Arts. Here gaining a broader understanding of modern compositions and technology. Dom is a member of ASCAP and the Society of Composers and Lyricists. Website Dom Aiken