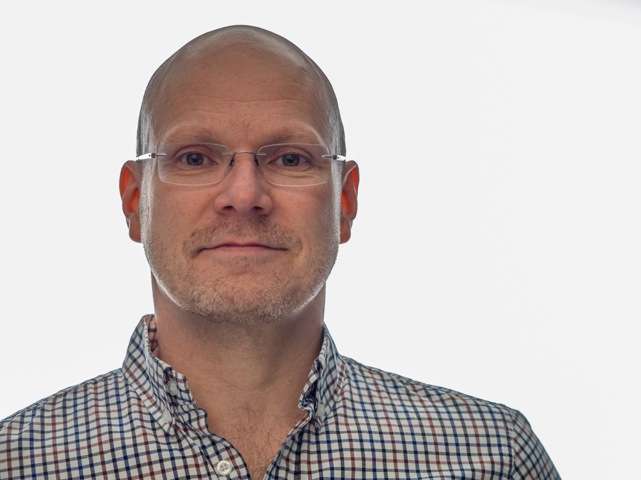 “The Act 2 opening of Beethoven’s opera Fidelio has inspired this work for piano solo. Here the music describes the dungeon of the prison where Florestan is being kept. His first words in his aria are: „Gott! Welch’ Dunkel hier!“ A desperate cry from a suffering man, imprisoned for his beliefs. When I was writing this piece, I heard on the radio about the massacre at the Charlie Hebdo office in Paris, and along with other horrible events in the last months I really felt that it is very dark in the world right now. The world today needs to be reminded of the freedom message in Fidelio; the humanity that Beethoven fought for.“ 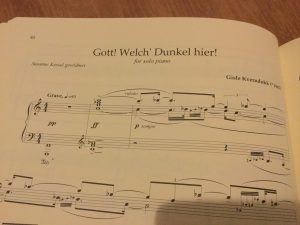 Gisle Kverndokk (1967) is a Norwegian composer. He is mainly known for his work as a composer of operas and musicals. But he has also written a wide range of music, from chamber music, songs, church music, vocal music and music for dance, theatre and film. His opera “The Fourth Watch of the Night” (2005) and “Around the World in 80 Days” (2010) have had successful productions at The Norwegian National Opera. The opera “Easter” was produced by Opera Sør and toured Norway in 2014. His musicals, among them “Sophie’s World” (1998), “Homeless” (Frendelaus) (2003) and “Martin L.” (2008) have been performed extensively in Norway and Germany. His latest cd “Fuge der Zeit” with music written for and performed by the vocal ensemble Nordic Voices has received wonderful reviews and was nominated for a Spellemann Award.  Website Gisle Kverndokk

“Beethoven is one of the greatest geniuses of all time. He was corageous, experimental and crazy! His music has everything; from the most unexpected to the most beautiful of melodies, from the most over the top dramatic, to the simple and lyrical. Beethoven is always with me.”